We welcome you to the 4th Chamber Music Festival of Minoa Palace Resort & Spa. Faithfull to our autumn meeting, we tried this year to travel with you in a musical journey to the unlimited world of classical music. This time, with the conduct of 2 concerts, 8 important artists coexist in different musical combinations, presenting a series of unique works. Each one of these, has contributed in its own way to the evolution of formal music; novel musical “languages” in harmony, in rythm, in the adoption of local idoms, even in the combination of instruments, are presented in boldness and exquisite mastery from their pioneer creators. We urge you to identify them and enjoy them. 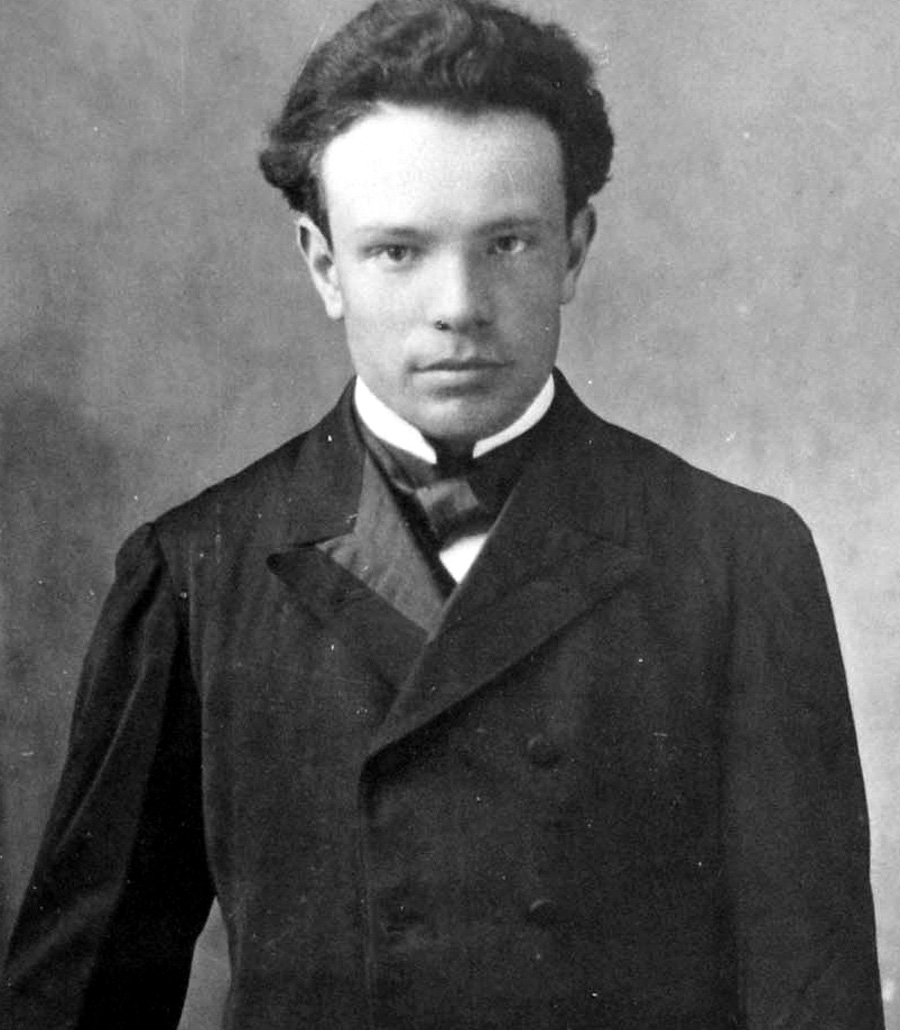 Respighi composed Il Tramonto (‘The Sunset’) in 1918, two years after his ﬁrst great achievement, The Fountains of Rome. It was a success from the start. It is written for mezzo-soprano and string quartet (with the addition of a double-bass part) or string orchestra, and it was in the latter form that it was premiered in Rome at the Accademia di Santa Cecilia, with Bernardino Molinari conducting and Chiarina Fino Savio, to whom the work is dedicated, singing the solo part. The whole work is pure musical poetry, intense in its expressiveness, crystalline yet colourful in its instrumentation, and delicate in its harmonies. But whether the mood is tender, contemplative, joyful or sad, the composer’s imagination never strays from the links of the basic conception. The main idea is masterfully unfold- ed and moulds the music to the very end. 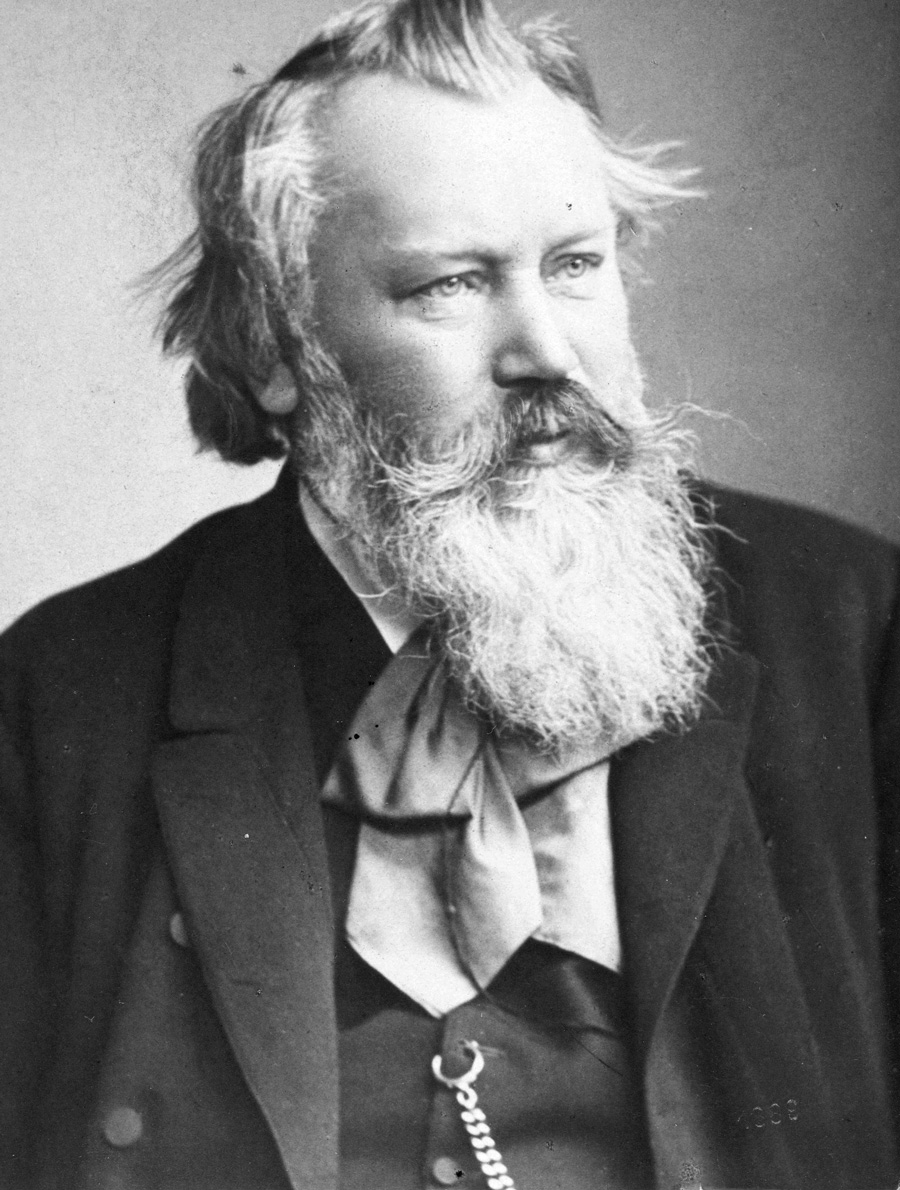 In 1863 violinist Joseph Joachim married the distinguished mezzo-soprano Amalie Schneeweiss. Both were important musical partners for Brahms, as well as close personal friends. They later had a son, named Johannes in honor of Brahms. The composer wrote an enchanted cradle song (“Geistliches Wiegen- lied,” Sacred Lullaby) for his namesake, which Amalie could sing with Joseph playing the viola, Brahms’ favorite string instrument. But the marriage became troubled by Joachim’s paranoid delusions about an affair he imagined Amalie had with Fritz August Simrock, Brahms’ publisher. Hoping to bring them together, Brahms reworked the lullaby and wrote a newsong, “Gestillte Sehnsucht” (Stilled Longing). These two songs were published in 1884 as Zwei Gesange (Two Songs), op.91. "Gestillte Sehnsucht" comes from the nature poem by Friedrich Rückert, ﬁlled with images of forests at sunset, gentle breezes, and twittering birds. "Geistliches Wiegenlied" was ﬁrst composed in 1863-1864, and later revised. The viola opens with the melody of the medieval Christmas carol "Joseph, lieber Joseph mein." The singer has her own variation of the melody, and enters after the ﬁrst stanza of the viola's carol. The song is a beautiful cradle-rocking lullaby, in 6/8 time. 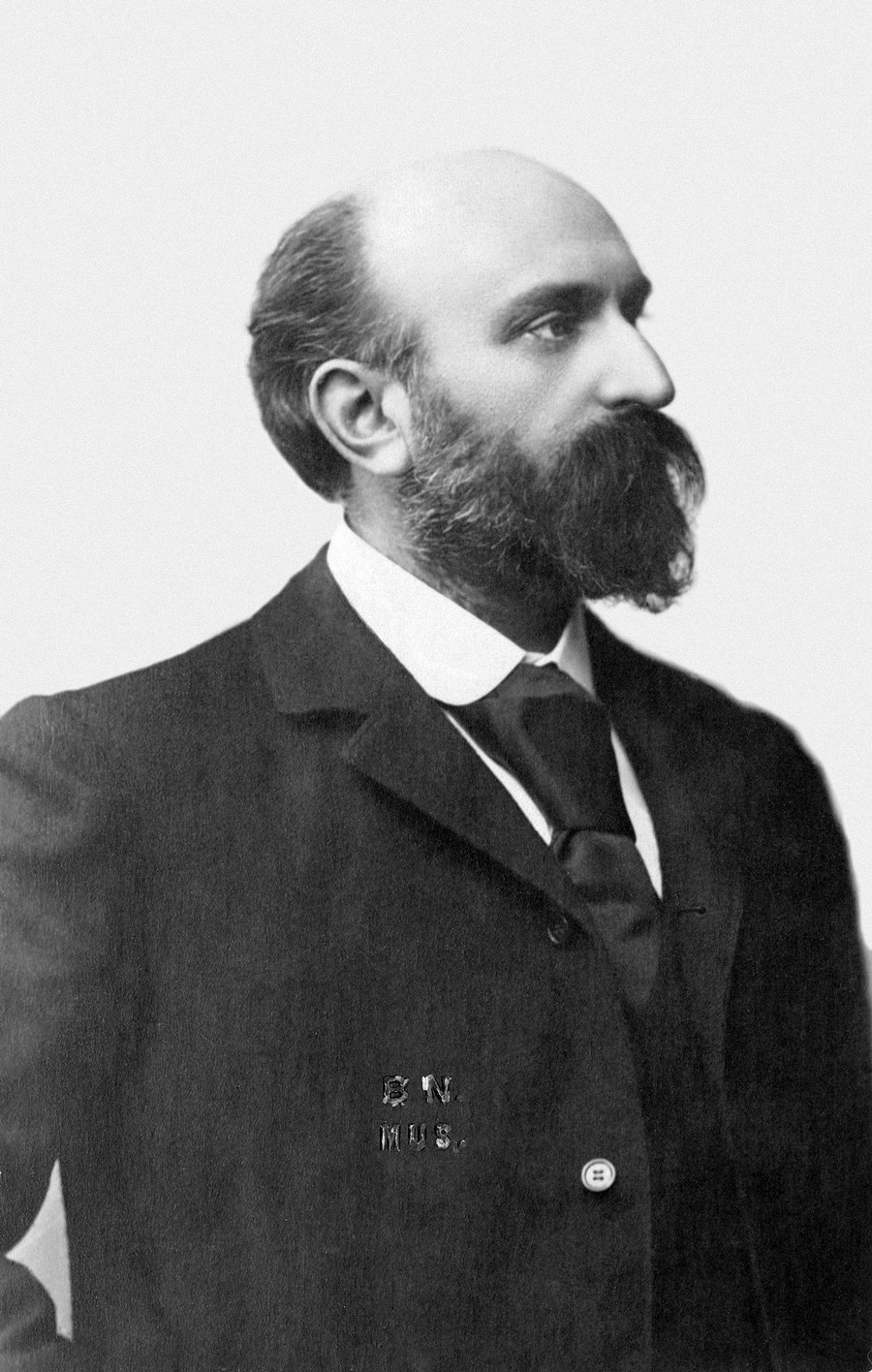 Ernest Chausson, though very talented, comfortable ﬁnancially and highly esteemed by musicians such as Cesar Franck and Claude Debussy, was a melancholic and introverted man. He was a gifted painter and also took a law degree. In spite of all this, he was unsure of the quality of his music and composed slowly and painfully. All of his works are deeply sensual and have a kind of French Wagnerian quality, although Chausson had a love-hate relation- ship with Wagner. The Concert for Violin, Piano and String Quartet, very likely Chausson's ﬁnest work, is difficult to classify. It is not a concerto for violin or piano or both (due toits chamber character), although these instruments carry the themes and there is considerable virtuosity required from both. It is certainly not a sextet because because that name implies some equality among the players, missing here. Despite these arguments, Chausson’s masterpiece has its own nature with the solo violin and piano parts mainly “projections against the quartet background”. The composer has succeeded in ﬁnding an effective vehicle for his wonderful melodic and harmonic abilities. It was dedicated to Chausson’s friend, the brilliant Belgian violinist and composer Eugène Ysaÿe who premiered it in Brussels in 1892.

We use cookies to ensure that we give you the best experience on our website. If you continue to use this site we will assume that you are happy with it.Ok